Where Do We Come From--Our Holy Space


Second in a series about the history of the Unitarian Universalist Congregation in Fort Wayne by Sandra Maze.


Those of our congregation that came to us after 2000 only know our Meetinghouse as it is now.  However there are also those who know it as it was.

In “Projects ARCHITECTURAL FORUM”, was an article titled “Hyperbolic Church for Unitarians”.  “For the Unitarian Society of Fort Wayne Indiana, Humbrecht Associates have designed twin hyperbolic paraboloids—one to serve as an auditorium for about 200, the other as a religious education area.”
The congregation entered the building into what is now the Langhinrichs Gallery. Where the library is now was the minister’s office and the cloak room was the secretary’s office.  The reception hall housed the RE area and the choir also practiced there.
This all began in the late 1950s.  The Unitarian Society of Fort Wayne still met in that house on Fairfield Avenue.  They were beginning to have growing pains.   In April of 1957, The Congregation voted in favor of a committee to study the acquisition of a site for and the building of a new meeting place for the Society.  This committee was chaired by Larry Burke.  The committee recommended Humbrecht Associates be retained as Architects to build the Unitarian Meetinghouse.  This recommendation was approved by the Board of Trustees.
In 1958, the task of raising the money for the new space began.  The building campaign was launched on May 13, 1957 and formally ended on June 7, 1957.  On July 17th Humbrecht Associates became our architects.  At a potluck supper on November 22nd, a model of the proposed building constructed by Kenneth Cole was the centerpiece of the feast and the discussion.
On Friday, December13th, the congregation voted to approve the preliminary plans and also the site of the plot between old Mill Road and Foster Park Road in the Woodhurst neighborhood development.  Peggy Seigel wrote in her “Brief History of the Unitarian Universalist Congregation” that the land itself is rich in history, for it was part of a parcel given (given back) by the federal government to Miami Chief jean Baptiste Richardville in 1825.  It is located next to the new home of Achduth Vesholom Congregation, the same congregation that shared its home with the Universalists a hundred years earlier.
It was reported in the 1959 Profile, Analysis and Proposal for a new building, that there was a membership of 175, of which 140 were resident.  They had a mailing list of 250 and a Church School of 50.  The room that was used for worship seated only 56 and at times there was an attendance was about 60.  The new membership decreased from 40 new members the first year of the minister’s incumbency and had declined to about 12 during the current year.  It was determined that there was a “dramatic need for the new building which would no doubt accelerate the growth pattern as it has typically done elsewhere.”
In June of 1959, The Unitarian Society of Fort Wayne, entered into an agreement with Allied Fund Raising Counselors of Chicago Illinois to receive professional direction for the canvass. 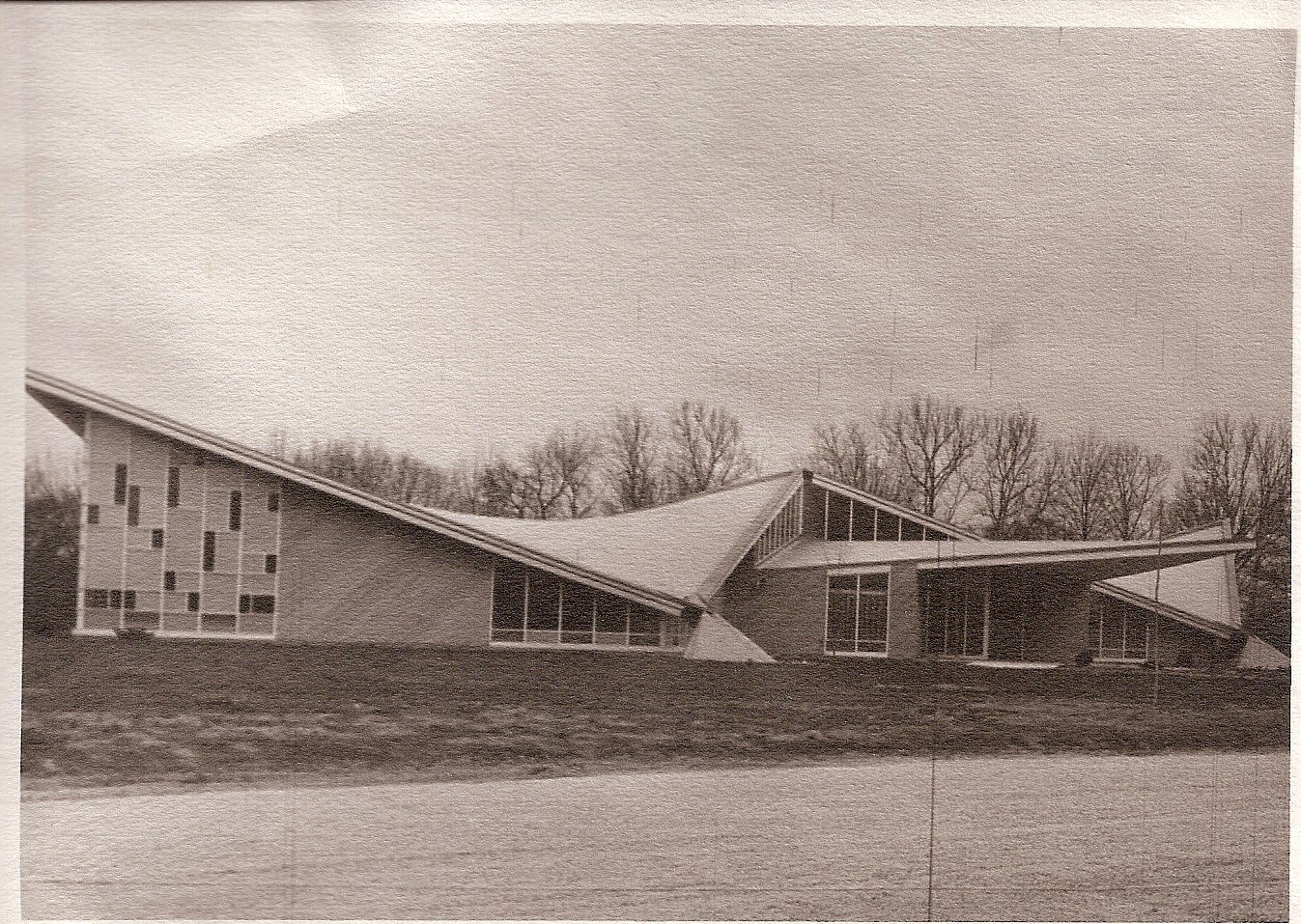 The Unitarian Congregation of Fort Wayne dedicated their new building on January 29, 1960.  The Opening Sentences were delivered by The Reverend Robert S Hoagland, our first minister of the congregation.
The following words appeared in the dedication program:

Open to us the gates that shall never be closed to any man, whatsoever his race, his class or his creed.  We would enter into them; we would give forth our thanks.
Enter into these gates with thanksgiving, and into these courts with praise. Sir, the Unitarian Congregation of Fort Wayne now enters upon the use of this building.  On behalf of the Congregation I gratefully acknowledge the fidelity with which your committee has fulfilled its duties.
Let us now proceed to the dedication of this church.